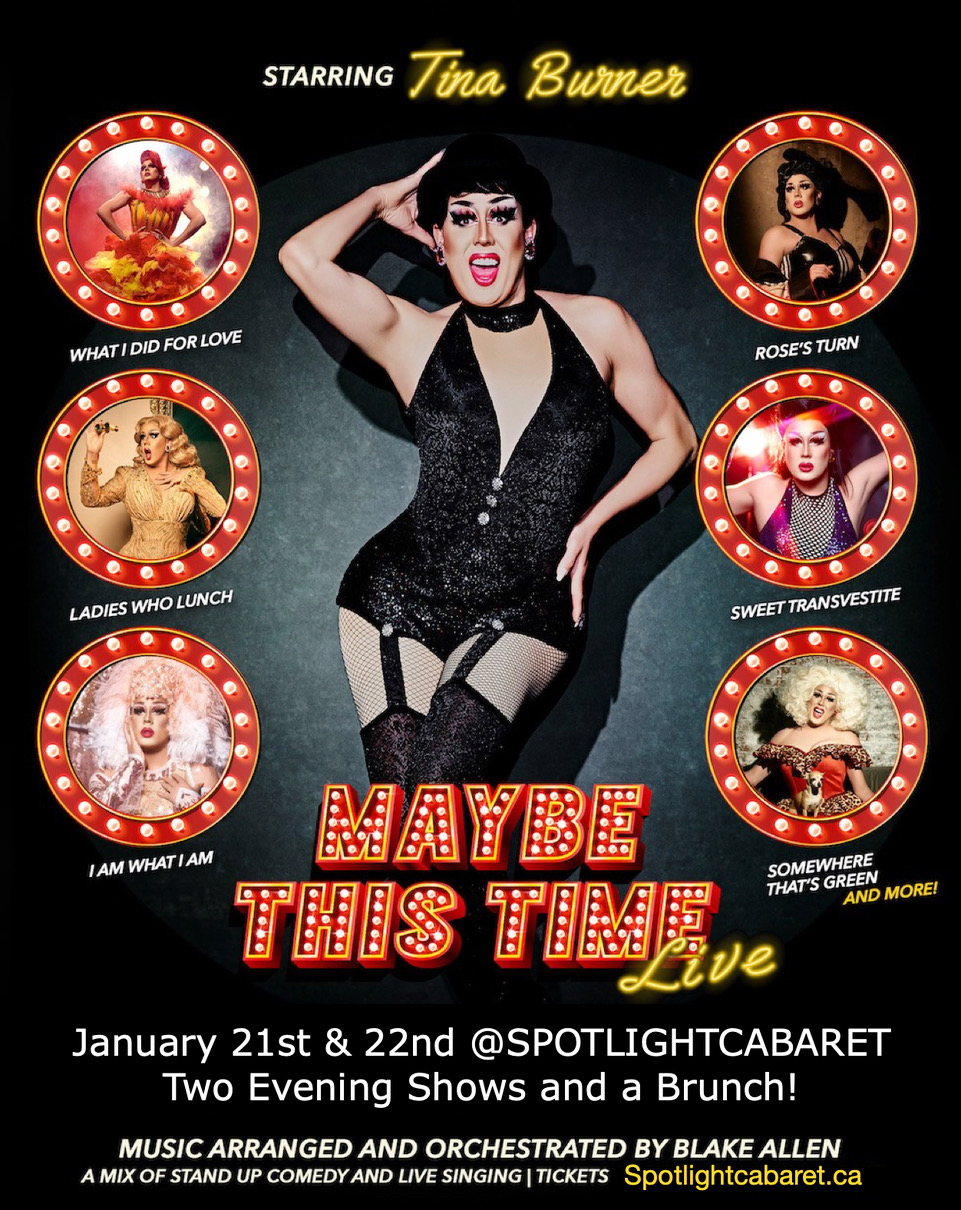 Following the premiere at New York’s Green Room 42, (an inspirational venue for the creation of Spotlight Cabaret) Tina Burner is bringing her hilarious live singing cabaret comedy show, Maybe This Time Live, across the USA and exclusively to Edmonton, AB. “New York City has not only been my home but the majority of where I have performed,” says the RuPaul’s Drag Race star. “This will be my first national tour and I am so ready for it!”

Maybe This Time Live is a lot more than a traditional drag performance. With orchestrations and arrangements performed by Broadway Star Blake Allen, it is a full theatrical production that uses classic Broadway standards and stand-up comedy to tell the story of Burner’s personal life, from her life today backwards until the first time she realized she was gay. Show stopping numbers include A Chorus Line’s “What I Did for Love,” La Cage Aux Faux’s “I Am What I Am” and Gypsy’s “Rose’s Turn” re-imagined as “Tina’s Turn.” “The message of the show is to never forget where you come from, never lose sight of where you’re going, and never give up on your dreams….oh, and world peace,” Tina Burner explains.